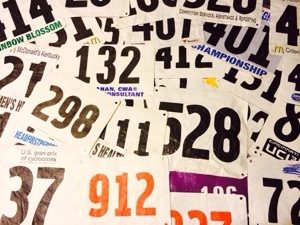 It has been a great 2013 for Positive Performance coaching and I am very proud of all of the dedicated athletes that inspire me everyday.

More PPC athletes are exceeding their performance goals since the spring! We have several cyclists that have broken into the 25% and even 30%club and one that made it to the 50% club. What are these clubs? When athletes measure their performance with power we test and measure against Functional Threshold Power. Being able to increase an athletes FTP by 20% or higher within a season is considered to be a very strong accomplishment and we have several who have.

Several PPC Athletes have been standouts in their cycling communities and I want to congratulate them and share with the PPC community their amazing accomplishments.

Matty J. started off working with me as a triathlete in Australia and due to some fortuitous circumstances moved into road racing where he was upgraded from Cat 5 (Beginner) to Cat 2 (Elite) before the season was even complete! Matty also managed to set several Power and Performance PRs over the season along with a recent 2nd Place finish in one of Australia’s toughest Road Races as a first year Elite!

George C. Has been racing for a number of years and decided to try his hand at Time Trialing and has become a Time Trialing powerhouse in the State of KY and has held his own in many Midwestern and Southern Races. George just won Kentucky’s Men’s Master’s State Championships and was the recent B2 TT Series Winner in Indiana. Oh and he won both titles in the same weekend!

Rob L. is in his first year of road racing in West Virginia. West Virginia is known for amazing climbs and road races in WV have their fair share! In Rob’s first season he has taken 3rd overall in the Appalachian Road Race Series as a Cat 5! Can’t wait to see how CX season goes for Rob this fall!

Andrew D. Has also been racing for a number of years in the Southeast and recently moved back to the Midwest and has turned his focus to Criteriums. Prior to upgrading to Cat 4 Andrew was ranked as Kentucky’s 2nd overall Cat 5 In Criterium Points. When he upgraded to Cat 4 he was ranked in the top 15!!

Joe B. just attacked the Mt Washington Hill Climb for the 3rd time and his first with PPC and managed shave several minutes off of his time and is very close to making the elite ranks! Joe is going to nail it in 2014!

CKW Racing is the team I sponsor and race for in Central Kentucky. I coach most members of the team and am I very proud sponsor! CKW Racing as a team entered in over a 140 races with:

These are but just a few of the many successes of PPC athletes. PPC athletes have competed in well over 500 races and events ranging from local and regional road, crit, tt, tri, du and distance running events. Many have recently completed their first seasons racing and have upgraded their license within one season, sometimes twice. I am one very proud coach.

Want to know how you can improve like these athletes?