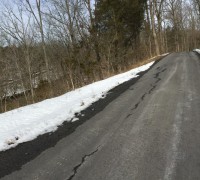 I don’t rant often but I couldn’t resist when it came to this topic. I promise to start covering more “diverse” topics soon.

I love it when someone tells me that they have no off-season because the weather is warm enough year around to ride or run outdoors. Temperature really has nothing to do with off-season training.

The off-season is used to describe a 2-part cycle of training. The Off-season consists of 3 or more base training phases and maybe one build phase depending on when your first race or event is on the calendar. The On-season or Race/Event Season if you like, will consist of 2 or more build phases, peaking, tapering, race and transition cycles. Oh and some more base training after a transition. These are the cycles used in periodized training to help an athlete peak in time for a priority race(s) or event(s).

The off-season does often happen during the winter months, as this is when cyclists and runners are not found as frequently outdoors. With the explosion in CycloCross and Trail Running, the winter months do find more and more endurance athletes heading outside to train and race. This mean’s for these dedicated athletes their off-season is not in the winter but is often in the heart of the summer months.

Another thing I see with new athletes is past data showing significantly high amounts of intensity in the off-season. I usually find out that they have been training against race videos or have been following a training plan in their favorite magazine. I am not bashing these methods of training. I know many who have made great progress with videos and training plans. I sell training plans! What does concern me is timing and the training factors that are being trained against.

The off-season should start as a time of rest, recovery, and reflection of the past season, then progression into some easy miles and eventually into appropriate off-season interval training.

The types of training done the off-season include but are not limited to:

The off-season may have 2 or more phases of strength training in the gym ranging from Anatomical Adaptation, Maximum Strength, Muscle Endurance, Power Endurance and Strength maintenance.

Flexibility should be addressed daily no matter what the season is but in the off-season a bit more time can be used to address tightness from the previous season of racing, and training.

Endurance is the prime focus in the off-season. We are endurance athletes!

Speed is often confused with how fast you are or can ride or run. Instead what I mean by speed is leg speed or cadence. Being able to turn your legs over faster on the bike or in the run can and will improve your economy as a cyclist or runner. Improving or increasing leg speed will help with answering surges in groups of cyclists and runners.

Force is the training factor that gets quite a bit of attention in most endurance athletes off-season training plans. Early season force development is key for producing more power over the entire power curve. Whether you need more power in climbs, sprints, or want to move a bigger gear in a time trial developing force in the off-season will help immensely.

Muscle endurance is all about training muscles to work harder longer. This training factor is often used to strengthen the often-quoted climbing weaknesses or hill running weaknesses. However, muscle endurance isn’t all about climbing and slogging up steep hills in your trail runs and 5ks. It’s also about improving your muscle’s ability to do more work with more force and potentially at higher cadences. Putting all this together will improve power and average speed!

So for those that like to brag that they have no off-season because they live where it is warm year round then they are not training very smart or at all!

Don’t get me wrong if it ever made sense for my family and I to move somewhere where it is warm year round I would do it in a heartbeat. However I would still follow the above training cycles!

Need help with your Base Training?

We now have a 12 week training plan dedicated to base training. The plan also comes with a virtual clinic!