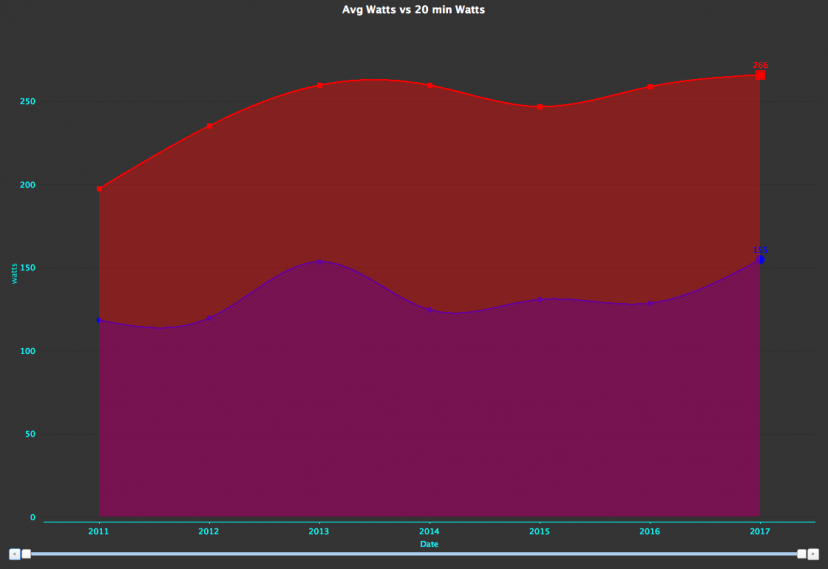 When I first started training to become a faster cyclist I didn’t have a power meter or even a heart rate monitor. All I trained with was a bike computer that supported a speed and cadence sensor and I got fast! I went from being able to barely hold on to the pack or falling off the back in group rides to leading group rides and making decisions in races. I did this with a mix of training that utilized perceived exertion ratings and copious recovery. It took some time but I was able to do this without a power meter and a heart rate monitor.

You can do this as well and I have created a 6-week plan that will allow you to kick off your season with workouts that will develop your ability to hang on to the tougher pace and average speeds found in fast group rides and even races.

The great thing about training with perceived exertion is that competitive cyclists that compete in mass start events will rarely if ever look down at their bike computers because the safe cyclist is looking forward at all times trying to figure out their next move.

Spending time not training with Heart Rate or Power can also be liberating for some and become a much-needed break from worrying about data. If you are starting to loose faith in your technical power based training and want to get fast and train at the intensities you will likely reach in a race or fast group ride the Season Opener Development plan is meant for you!

Training and riding and keeping perceived exertion in mind is a valuable tool for all cyclists. As I mentioned earlier competitive cyclists rarely look down at their bike computers in races. Especially when the pace is hard and focus is needed to stay safe or needed to not miss an important race decision.

So how does one utilize perceived exertion?

Well, it’s both easy and subjective. Easy because there are guidelines known as the Borg Rated Perceived Exertion (RPE) Scale that was originally developed by Dr. Gunnar Borg in the 1960s. Today this graded scale ranges from 1-10 or even 1-20 to grade intensities. The utilization of the RPE scale is subjective because the training zones are not based on data but on feeling. What one athlete perceives as being easy work another may perceive as tempo or even threshold work.

So how do training zones relate to perceived exertion?

I have listed updated information below from an article I wrote a few years ago in the article, Know Your Training Zones part 2 of 2. While the BORG RPE scale recognizes many different levels most athletic training programs recognize 7 training zones. So I attempted to align perceived exertion against these typical training zones.

Zone 01, The Recovery Zone is used for recovery between work intervals and or for conversational riding. You should be able to hold long discussions without ever breathing hard while riding. This training zone is purely for recovery and will not create physical adaptations. We also use this zone after a race or hard training ride to “Ride The Junk Out Of Our Legs.” This is meant to clear waste products that have built up during a race or particularly hard ride.

Zone 02, The Aerobic Zone is the zone that is thought of when talking about Long and Steady Distance riding. This zone is also a conversational zone, meaning that you should be able to ride in this zone and hold a normal conversation without gasping for air. The purpose of this zone is to either build or maintain your base aerobic conditioning.

Zone 03, The Tempo Zone is sometimes referred to as the pacing zone or even the sweet spot zone. In zone 3 you may be able to speak to other riders but it will be in incomplete sentences. This zone requires concentration to maintain alone, especially at the upper end of range.

Zone 04, The SubThreshold or Lactate Threshold Zone is most often thought of as the Time Trial Zone. The effort at riding in Z4 is typically the hardest effort that an average cyclist can hold. Your effort is high enough that sustained exercise at this level is mentally very taxing – therefore typically performed in training as multiple ‘repeats’, ‘modules’, or ‘blocks’ of 10-30 min duration. Speaking is almost impossible at this rate of exertion, but you may be able to utter or shout some shorter words.

Zone 05, The SuperThreshold or VO2 Max Zone is often described as the hard race pace zone. Typical intensity of longer (3-8 min) intervals intended to increase VO2max. Strong to severe sensations of leg effort/fatigue, such that completion of more than 30-40 min total training time is difficult at best. Conversation not possible due to often ‘ragged’ breathing.

Zone 06, The Aerobic Capacity Zone is made up of a few short (30 s to 3 min), high-intensity intervals designed to increase anaerobic capacity. Heart rate is generally not useful as a guide to intensity due to non-steady-state nature of training in Zone 6. Cyclists may have severe sensations of leg effort/fatigue, and conversations are impossible and even the utterance of words are impossible, however, you will likely be able to grunt and make other sounds.

Zone 07, The Anaerobic Capacity or Neuromuscular Power Zone Is very short, very high-intensity efforts (e.g., ALL OUT, jumps, standing starts, short sprints) that generally place greater stress on musculoskeletal rather than metabolic systems. Power is used as a guide, but only in reference to prior similar efforts. Zone 7 efforts are usually only interesting from a power data perspective due to their short nature and the role cardiac drift plays when measuring work intervals with a heart rate monitor. These short efforts should be treated as matches in a race. You only have so many to burn in a race so use them when they count.

When you are first taking an organized or structured approach to improving your performance on the bike you will often start with hard efforts, lots of them, and easier efforts only when too tired to do anything more. Utilizing the Season Opener Development plan will help recreational and even competitive cyclists break out of this habit. With 2 break through or hard days if you like, one moderate day and two recovery days you will quickly develop the fitness you need to improve your ability make quick changes in effort and speed in group rides and races. The plan doesn’t forget that you need to still maintain or even further develop your endurance in an effort to last longer on long rides.