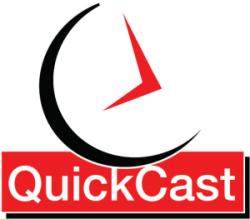 Josh and I are going to talk about what’s new with power meters and help unravel the mysteries of wireless sensor protocols on today’s show.

Quite a bit has happened since we had Josh on the show last. New announcements from existing power meter manufacturers including new features, price drops and a device that gives you your own wind tunnel!

I also get asked questions from the audience and from athletes that I coach about the various wireless protocols out power meters and other sensors use such as Bluetooth and ANT+. wireless sensor protocols.

So today we are going to try and unravel the mysteries of these wireless standards and share what we know what’s new and exciting in the world of power meters and power meter accessories.

Note: As usual we will have detailed show notes and links to information discussed in today’s show. To find the show notes go to http://bit.ly/EQCnotes or search for the show title at the aforementioned link.

Note: We have 10% off Coupon Codes from Power Meter City and Spring Energy. We even have 15% off codes from Irish Cycles and Carolina Precision Components. I also have 30% off coaching services available as well as free training plans! So how do you get these deals and codes? Just visit  http://bit.ly/EQCdeals

The name “Bluetooth” is from the  Scandinavian king Harald Bluetooth who united dissonant Danish tribes into a single kingdom. The implication is that Bluetooth unites communication protocols.

The Bluetooth logo is actually a Viking bind rune where two symbols or runes are used or bound together to create a new rune. The asterisk * means hail and the B is the initial for King Harald Bluetooth.

ANT is an acronym for “Advanced and Adaptive Network Technology.”, ANT is a wireless protocol for the collection and transfer of sensor data. A wireless ANT network exists wherever a group of ANT enabled sensors and receivers can be found.

ANT is an ultra-low power, 2.4 GHz wireless network. Its main purpose is to send standard information wirelessly from one device to another. However, there is an important distinction between ANT vs ANT+. ANT serves two functions. It determines how networks can be formed and also how data can be sent. It does not, however, establish what information may be included within the data that is sent.

ANT+ stands for interoperability and defines how the data and information are converted and sent – and makes sure it’s sent in a standardized way. Therefore, ANT+ allows two wireless devices to understand and communicate with one another, even if they are from different manufacturers. In the case of power meters, ANT+ allows your power meter to communicate with your head unit. Almost all power meters and head units use ANT+.

ANT+ is designed and maintained by the ANT+ Alliance which is owned by Garmin. The wireless protocol is used by 100s of companies including but certainly not limited to Garmin, Suunto, SRM, Cyclops, 4iiii, Wahoo Fitness, Fitbit, and many others.

We also talk about what we hope to see at Eurobike and Interbike as well as make some show predictions.