Cyclists of all levels will eventually need to or at least want to sprint better. However, not everyone thinks they are a good sprinter. While you may not be genetically gifted or even all that fast, sprinting can become a necessary part of your riding. Cyclists will inevitably ride in town and need to sprint to get around other cyclists, pedestrians, and traffic. While as those who ride in the country will often need to be able to out sprint wildlife, especially free-range dogs or worse.

In this first of several articles, I am going to cover the mechanics of a sprint before we start discussing how to improve the sprint you have today.

Sprinting in races often only lasts 15-30 seconds not one or more minutes! What you see in a pro race is often a surprise attack or the lead out of a sprinter at the end of a grueling stage race. While attacks may be shorter efforts they and the sprint have a lot in common.

I have always looked at the sprint as equal parts timing, luck, and a biomechanical process. When I explain to new racers how a sprint works I break it down into 3–4 parts of the Jump, Dig, Hang ON, and The Throw. I like to think of sprinting as an unfolding action.

A great sprinter knows that the first 5-8 revolutions of the pedals may be the most critical aspect of a devastating sprint. The sprinter must EXPLODE out of the saddle, hands in the drops, head down, eyes up while jumping on the pedal with their dominant leg providing copious force to the pedals.

As the sprinter has exploded out of the saddle, maintains an aero position, and has provided all of the explosive power they have to offer they will need to really DIG! The dig is quite simply when the sprinter drops below their ability to sustain explosive power and settles into the power that they can sustain at 10-15 seconds. It becomes more critical at this point to remain aero and having a clear vision of what is ahead of you. All the while you must remember to breathe! This is also the period where the sprinter is rowing the bike back and forth. This effort should be rhythmic with each pedal stroke and often with the breath.

The Hang ON is when the sprinter feels the burn and knows that their quarry is still close and mentally their legs, lungs, and heart are all screaming to stop but the sprinter knows that any hesitation could mean the difference between winning, losing, or disaster. It becomes incredibly important for the sprinter to stay aero, eyes up and breathing the whole time.

When the sprinter is in an actual race and contending for the podium they will now need to set up for the Throw! The throw is the process of pushing your bike backward and then thrusting it forward as you cross the finish line. This step in a sprinter’s toolbox is really only needed in a race where they are in a group sprint and in contention for a podium spot. A well-placed throw can make all the difference but is only necessary when you have one or more rivals alongside you.

What does it take to be a better sprinter?

Becoming a better sprinter actually isn’t all that complex but it does require, practice, specific training, and time.

One of the best ways to work on your sprint is during group rides for county line sprints or other road markers. This will put you into a competitive mode that you will never reach when training alone. When you need to train alone use the same road markers or set a timer on your bike computer for when you want a sprint to occur in your ride. Also remember that sprints and attacks can occur on ANY terrain so your practice needs to include sprinting in and out of corners, uphill, downhill, and of course on flat stretches. CAVEATS! Safety first and realize that it is completely impossible to string more than a few ALL Out Sprints in a ride. Instead, we use Form Sprints, which practice the form of the sprint at 50-75% of max sprint power.

Specificity is key to competitive success

When training for any aspect of any sport you must train for only what is needed in an effort to make the most of your training. Everything else is a waste of time. Sprinting is a skill that must be practiced but it also requires physical adaptions to be made to improve performance. To do this you must understand what training factors apply to sprinting.

When I talk about time as it pertains to training I am talking about the amount of time required to complete a workout, the time necessary to train per week, month, and year in an effort to make physical adaptations. When I talk about timing I am talking about when certain workouts should be scheduled and sometimes when they should be executed during a given day. Of course, there is also when a given action such as sprint should be carried out in a race. I will also cover more about when you should train for sprinting and when you should sprint within a race in an upcoming race.

If you have specific questions about sprinting I would like to hear from you. I am currently working on 6-8 Week training Plan for Sprinting and will make sure to add it to this article series as soon as it is released.

The last thing I would like to leave with you is that while this article is coming out during the off-season it’s never too late or too early to learn how to improve your performance. I also want to stress that when practicing sprinting on public roads BE SAFE and BE SMART. If you cannot keep your head and eyes up while sprinting you are done for the day. Go home and live to train another day! 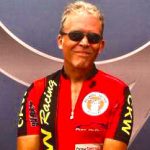