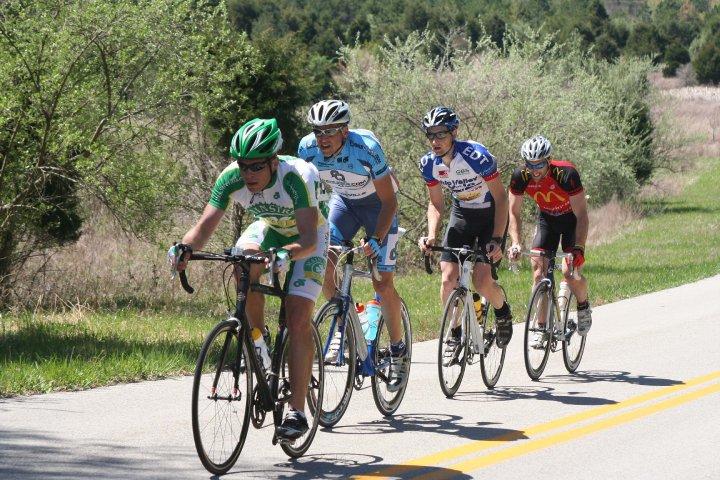 I had been reminded of a racing story I had shared some time ago that I covered in a quick tip called “Vertical Head Trips”.

The gist of the story was this: I was in the last 3rd of grueling road race in a field that was split. The main group was far up the road and the second group I was in decided that we would hammer together in an effort to catch up. The course had 4-5 category climbs and at the time I was really struggling with my climbing but I still loved to climb. My coach at the time had pre ridden the course with me a few weeks before the race and overheard me say under my breath on one of the longest climbs, “this climb sucks”.

My coach stopped me right then a there and asked why it sucked? I said it was a beast of a climb and that I wasn’t a very strong climber. His response was you are a strong climber and that my thinking that climbing was a limiter was all in my head and that I needed to quit using negative self talk.

I took some time to think about this on the drive home. I still felt like I had much to improve in my climbing but I was going to turn off the negative self talk at the very least and try some positive self talk before the race.

Trying to convince yourself that “your having fun”, “this is a great climb” and “I am doing well” when legs are on fire and it feels like your heart wants to leap out of your chest is not an easy task.  As the weeks leading up to the race progressed I practiced positive self-talk and continued to struggle with it. I would let negative thoughts creep in and just remind myself “It’s OK just don’t dwell on it”.

So race day came and I was actually pretty psyched. It was turning out to be the biggest Road Race I had been in at the time and we had a capable field of competitive cyclists. The first hill came and went without incident. I didn’t even remember that it had come and gone!  Then one of the longest climbs was coming up. Someone attacks and the field splits and I am not in a position to answer the attack and am delegated to riding in the second group.

I knew several of the guys in the second group and we chatted while taking turns on the front trying to make time. Then one of the guys starts counting down the distance to the toughest climb of the day.  I started hearing groans and comments about how much it was going to hurt. I was ignoring the negative chatter as best I could and was doing pretty well. We get to the climb and my first thought was wow that’s steep and my second thought was time to work. I set about telling my self that “all was well” and to “trust my training and current form”. A younger cyclist is climbing with me and I realize it’s just the two of us at the front. We are about half way up when he says with very little breath left “this climb sucks”! I wasn’t thinking about it actually I was just thinking about the rhythm of climbing and I said in return “this isn’t to bad and that I was having fun” all with out breathing that hard. At that moment the other cyclists blew up and went anaerobic and gave up and drifted back to the back of the second group and never came back to the front.

This race taught me so much about myself.  First off I learned how a positive outlook is a requirement for success in completing difficult tasks.  I also learned that no matter how bad an aspect of my race hurts others are hurting too and finally that hills and pain don’t last forever.

“So do yourself a huge favor take a break from the negative self-talk.  Like any skill this is something you can train to do.”

If a negative thought creeps in this is OK just recognize it for what it is and say something to your self that is positive to counter it.

If the negative thoughts are just pounding on you, you can try a couple of other things I have found useful.  To counter the negative self talk say something positive out loud such as “This ride is really going to help me build my strength”.

When I dig deep in a race especially time trials, and I am in such deep oxygen debt that I can’t think I still get hammered with negative thoughts like “QUIT, YOU ARE GOING TO BLOW UP or THIS HURTS BAD”. I have learned that lengthy positive self-talk is not possible so instead I have created a couple mantras to occupy my mind with how I EXPECT my body to perform. My two mantras are pretty simple: Light, Fast, Strong and I also use Relax, Spin, Relax, Spin, Relax, Spin…