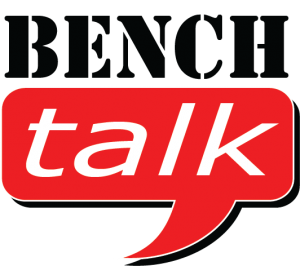 Electronic drivetrains come up pretty frequently when I talk with my athletes and I recently was asked if Di2 was worth the upgrade over an equivalent mechanical shifting groupset.

Fair warning my experience with all things groups is very strong when it comes to Shimano. I have ridden on SRAM road groups and have a Mountain Bike with an SRAM Mechanical group set. I have never had the pleasure of riding on any other current or past electronic shifting systems. Many of my sponsors, athletes, and teammates have. I will share my experiences, anecdotal accounts and industry information that will be useful when it comes time for you to make that all-important buying decision.

But before we go much further I have a few notes

Note: Before you get out pencil and paper for the show I want to let everyone know that that this show will have extensive show notes. To find the show notes simply go to PositivePerformanceCoaching.com/blog/ or search for the show title on our website.

Check out our deals page to see the latest and greatest deals from our sponsors. Just go to http://bit.ly/EQCdeals

Also check out the Irish Cycles Facebook page to see Joe in action as he works on his new custom handmade frame set. Just visit http://bit.ly/IrishCustomFB

Also Carolina Precision Components have released a slew of upgraded wheels this year. Carolina 5.6s are tubeless compatible and now have a 25mm footprint, the Carolina 3.8 and 8.8 rim sets now feature a next-generation resin that enables the rims to withstand temperatures in excess of 270C to give you added confidence when descending and Mountain Bikers have a new Carolina 29er Tubeless compatible wheel set that weigh under 1700 grams! Check out the Carolina Precision Facebook page to see the new wheels. http://bit.ly/CarolinaWheels

Remember to go to the deals page to get your Irish and Carolina discount codes!

OK let’s get back to the topic at hand.

Let’s talk a bit about the history of Electronic Groups first.

The very first single pulley derailleur was invented in 1928, however, the parallelogram rear derailleur we are all accustom to was introduced by Campagnolo in 1950 as the Campagnolo Grand Sports derailleur. Campagnolo’s original design has become the basis of a long string of evolutionary changes that have ended up what we have today.

2001 Shimano introduced a set of trekking components called Di2, which included electronic shifting and automatic adaption of a front and rear suspension to riding speed.

A wireless system was announced by Tiso in 2012.

In 2015 SRAM announced its wireless electronic group set called, SRAM RED eTap. The group was released in Spring of 2016

2016 FSA trials the new (hybrid) wireless shifting at the Tour de France in stage 17, and then at Euro bike in the same year FSA introduces the final form of the WE (Wireless Electron) group set.

2016 Paul Gallagher (inventor) displayed a working prototype of his XSHIFTER universal wireless gear shifting system. It is a patent-pending device that is claimed to convert any bike with mechanical derailleurs to wireless smart shifting in a few minutes.

Let’s talk about the typical questions.

How much more is electronic shifting over mechanical shifting.

The first generation of Shimano’s di2 was almost 3 times the price of mechanical Dura Ace but today’s electronic group sets can cost 90% or more than their mechanical equivalent. Of course, there are always exceptions and better deals to be had. Especially if you by the previous generation or purchase a bike that already has an electronic drivetrain.

So what make’s electronic shifting so great?

No more concerns about replacing cables

The drivetrain wars: A history of shifting

Shimano Di2 and SRAM eTap: Six things that only people with electronic groupsets will understand

Which Shifting Is Better – Electrical or Mechanical?